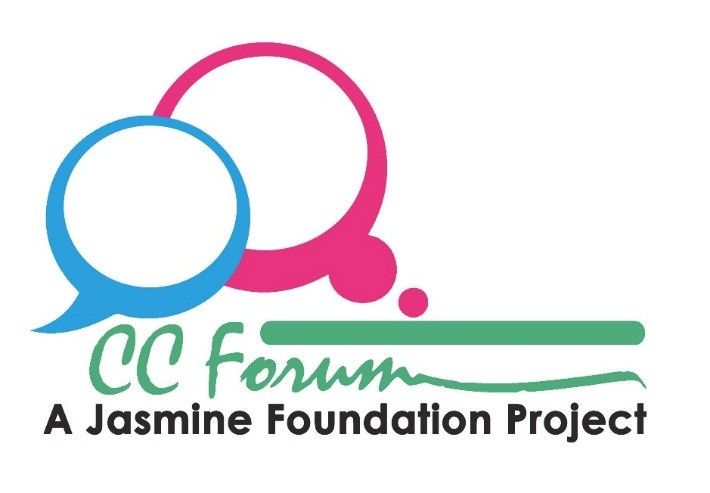 In partnership with UNDP

The main objective of this project was to change the attitude and grow the interest of a group of 120 young unemployed graduates towards the participation in the public affairs and towards the new Tunisian constitution in particular. We chose to work on the marginalized region of Cité Tadhamon known for its high rate of unemployment, crime and poverty; and also for its low participation in 2011 elections.

When we talk about deprived areas whose residents suffer from marginalization and difficult economic and social conditions, we often think of the inner regions of Tunisia (Gasserine, Gafsa, Sidi Bouzid… etc.). And we often forget other geographic areas around the capital which are the site of an important marginalization and serious social and economic problems. It is this reason that prompted our organization to aim through its project at Cité Ettadhamen.

The project participants have been recruited through a 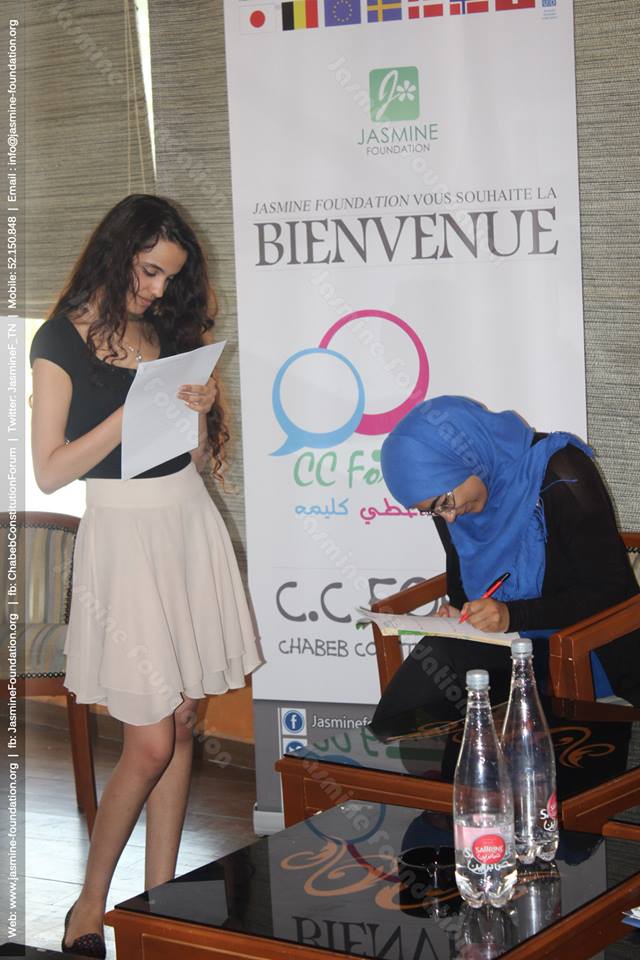 thorough selection processes that included a street survey and four animated debate sessions in public cafés. All project activities have been planned and delivered by a small team of young graduate s also selected from the target region. Several evaluation techniques have been implanted in the project activities to assess the change in group’s perceptions along the 7 months period of various types of activities which included discussion forums, tournaments, training, debate sessions with deputies and performing mini-projects. The objectives that we set out for this project were as follows: 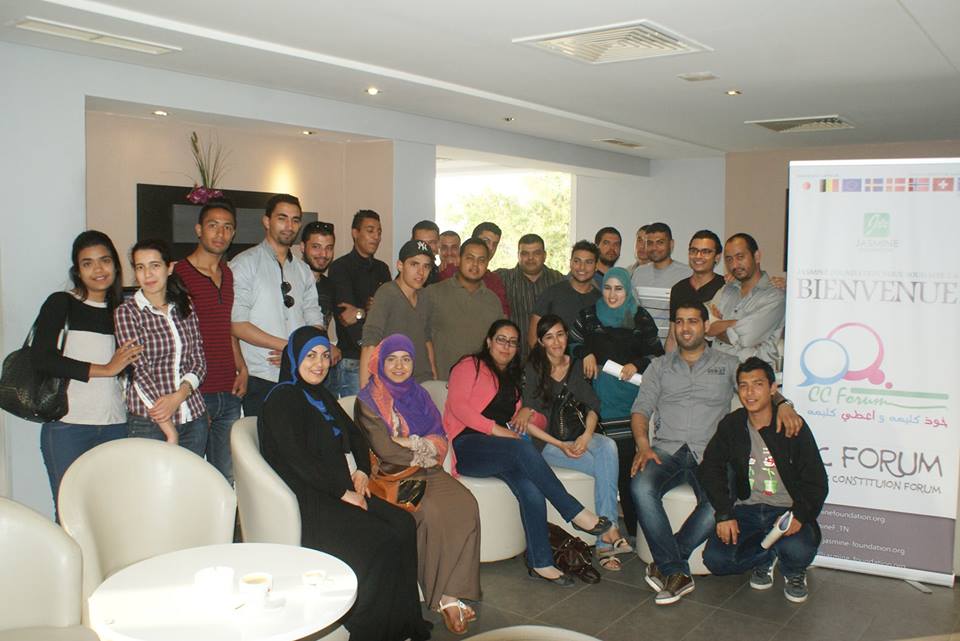 The results showed a high participation rate in the activities, low drop-outs and an observable enthusiasm in all project activities. Surveys also showed that the majority of the participants have registered to vote in the 2014 elections and have a better understanding of the constitution. 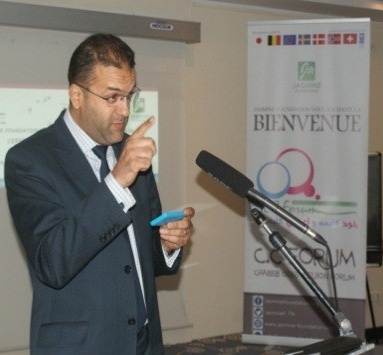 I thank the participants for their valuable interventions that have helped to create an excellent learning atmosphere and for their high interest on the subject which made learning such heavy topic very entertaining for all of us. I think that these young people have a promising future especially when they find a mentoring and counselling that takes them out of negative thinking which I think is our role as civil society and youth engagement groups. What young are lacking is information on citizenship and the practicing the culture of dialogue which we were able to pass through exercises and activities.  We also wanted this youth to become a component in the new democratic society we are building in Tunisia and pass c what the concepts and practices they learned here to their surroundings.

The main thing that attracted my attention is the extent 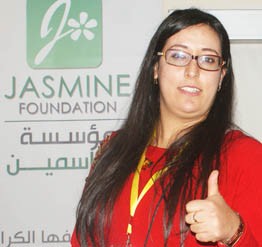 of the knowledge I cumulated about the Constitution and to the atmosphere within the group which encouraged us to engage in the dialogue sessions, which we need to practice more. I also want to highlight the distinctive ambience within the forum which make youth excited and engaged all the time because it mixes fun and purposeful playing with learning. Not to forget to thank the trainers who helped us all along and gave a distinctive courses.

I really liked the methodology of this project in working

with youth, I am now convinced that it is possible to motivate youth to engage in new civic activities to learn basic concepts that they didn’t know before, like the concept of the state, the citizenship and the constitution. I really wish to participate more in this project and get further training. I began to be more interested in being an active citizen and active member in the Tunisian civil society.

My experience in the CC-Forum project changed my conviction

and my prior negative and foggy idea that I held for the Constitution to the positive, especially after the understanding of the text of the Constitution and grasping its content.  And by the way I would like to call the youth of the region to join such a program so they can at least understand some of the concepts such as citizenship, freedoms and the mechanisms of democracy and how the state is functioning.