UNDP is one of the major multilateral development agencies helping to eradicate poverty and reduce inequality and exclusion. UNDP helps countries develop policies, develop leadership skills and skills in partnership to strengthen their institutional capacity and share solutions to problems involving questions of Sustainable Development, Democratic Governance and Climate and adaptation.
The mission of UNDP is to help Tunisia Tunisian main actors: the Government, civil society, the private sector and other stakeholders to manage their transition to a more democratic, more transparent and more responsible more resilient. Shortly after the revolutionary changes that have rocked Tunisia in January 2011, UNDP launched a strategic plan to support Tunisia in managing its transition to democracy. Thanks audit plan, UNDP helps Tunisia to access expertise at global reach, to take advantage of other countries’ experiences and making the best use of existing national expertise to accomplish the main goals of the transition … (Learn more )

The European Commission is the executive body of the European Union. It represents the interests of the Union as a whole (and not the specific interests of its Member States).

The European Union has a network of some 130 Delegations around the world, which are full diplomatic missions under the Vienna Convention on Diplomatic Relations. In Tunisia, the delegation was installed in 1979. The Head of Delegation has the rank of ambassador and is accredited by the Head of State. (Read more)

The National Endowment for Democracy (NED) is a private, nonprofit foundation dedicated to the growth and strengthening of democratic institutions around the world. Each year, NED makes more than 1,200 grants to support the projects of non-governmental groups abroad who are working for democratic goals in more than 90 countries.  Since its founding in 1983, the Endowment has remained on the leading edge of democratic struggles everywhere, while evolving into a multifaceted institution that is a hub of activity, resources and intellectual exchange for activists, practitioners and scholars of democracy the world over.

NED is a unique institution. The Endowment’s nongovernmental character gives it a flexibility that makes it possible to work in some of the world’s most difficult circumstances, and to respond quickly when there is an opportunity for political change. (Read more)

The Project on Middle East Democracy is a nonpartisan, nonprofit organization dedicated to examining how genuine democracies can develop in the Middle East and how the U.S. can best support that process. Through dialogue, research and advocacy, we work to strengthen the constituency for U.S. policies that peacefully support reform in the Middle East. (Read more) 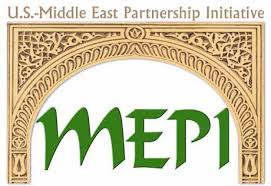 The U.S.-Middle East Partnership Initiative (MEPI) Program under the of the Bureau of Near Eastern Affair’s Office of Assistance Coordination (NEA/AC) offers assistance, training, and support to groups and individuals striving to create positive change in the society.  MEPI works across the Middle East , and North Africa region partnering with civil society organizations (CSOs), community leaders, youth and women activists, and private sector groups to advance their efforts to improve their communities.  MEPI’s approach is bottom-up and grassroots, responding directly to local interests and needs.  (Read more)

The Center for International Private Enterprise (CIPE) strengthens democracy around the globe through private enterprise and market-oriented reform.

The British Council creates international opportunities for the people of the UK and other countries and builds trust between them worldwide.  The British Council Tunisia office has been part of the Tunisian society since 1962. We continue to be recognised as the leading international educational and cultural relations organisation in Tunisia.We use English, Arts, and Education and Society, the best of UK’s cultural assets, to bring people together and to attract partners to work with us. We create opportunities for tens of thousands of young people annually and have over 7,000 staff in 191 offices in 110 countries and territories.(Read more)

CEMAT is the overseas research center of the American Institute for Maghrib Studies (AIMS). CEMAT organizes lectures, roundtables, scholarly workshops, and conferences including the annual AIMS conferences. The CEMAT Newsletter is edited annually. Facilities available to members include quiet office space subject to availability, and a specialized library with works primarily in English on the Maghrib.(Read more)