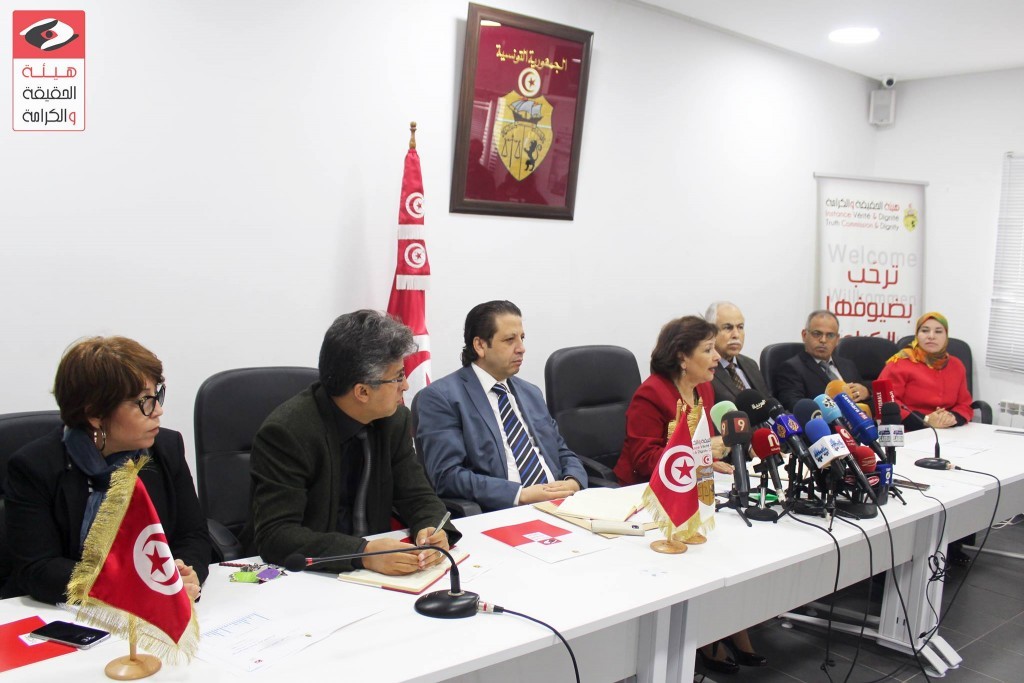 Just over two years after its creation, the Truth and Dignity Commission (IVD) is organizing today the first public hearings of victims of the former regime this week. Neither more nor less than a “historic moment” for the commission chairwoman, Sihem Ben Sedrine.

More speaking than the figures presented in the commission reports, the words of the victims who will speak from today, November 17, may well mark the history of Tunisia. The opportunity to write this story “in letters of gold,” explained, enthusiastically, Mrs. Ben Sedrine Monday morning at a press conference. Giving them this opportunity to speak and restoring the dignity to all those who have been despoiled, abused, tortured or worse are the “only way to restore the confidence of citizens in public institutions,” hammered the former opponent of the Ben Ali regime. Beyond Tunisia, “the whole world is watching us,” she added.

On 17 and 18 November, about ten victims will speak for the first time in public and prime time on the main Tunisian television channels and several international media. The chosen schedule – after the television news of 8 PM – should allow a maximum of Tunisians to follow the retransmission of the auditions.

The objective displayed by the IVD is clearly to give this event its full symbolic dimension. It will be held at the Club Elyssa, a space confiscated from its former owners and long used by the former first lady, the nefarious Leïla Trabelsi, who had put part of the Tunisian economy in her own pocket. “The repossession of public properties and buildings is just as important,” said the IVD chairwoman, who recalled that the Germans had themselves chosen Nazi party premises to try the dignitaries of the Third Reich in Nuremberg.

To compensate for the relative narrowness of the courtroom (about 350 seats), a tent installed nearby should be able to accommodate an additional thousand people. The most senior Tunisian officials should be present at the opening of the meeting. Also invited are personalities from around the world, especially members of truth commissions from Africa, Asia and Latin America.
Accreditations were also demanded by more than 200 journalists including many foreigners, according to a source at the communication service of the instance. They will have a space reserved and equipped to cover the event in the best conditions, says the same source. They undertook to respect the charter established by the IVD for the occasion which protect victims, who are subject to a protection program, from being interviewed. Similarly, in order to avoid manipulation, no recording device will be allowed in the room where the audiences will be held, and only the signal broadcast by the IVD will be able to be broadcast by the TV channels.

In the view of many observers of the Tunisian transition, this step in transitional justice will be a good indicator of the health of the young democracy. Showing the ability to do justice in stability is also essential to “reassure potential foreign investors,” says Ben Sedrine.
Since its installation, the IVD, in particular through its chairwoman, has been the object of repeated attacks in the media close to the current power and the former regime. The conduct of the hearings, the content of which is for the moment kept secret, the media treatment and the reaction of the political class will indicate whether Tunisia is ready to assume its recent history by shedding light on its darkest aspects. [translated by JFRC from the IVD website]