As part of Jasmine Foundation’s third annual conference on « Participatory Governance in the Context of Democratic Transition in Tunisia: Roles and Tools », I organized a roundtable entitled « Decentralization: Accountability of local governments » on Friday, June 12th, 2015 at Ramada Plaza, Gammarth.

The roundtable began with a presentation on decentralization and the related topic of accountability of local governments. There is no common definition or understanding of decentralization, but it is generally a common practice in many countries, and refers to “the restructuring or reorganization of authority so that there is a system of co-responsibility between institutions of governance at the central, regional and local levels… Decentralization could also be expected to contribute to key elements of good governance, such as increasing people’s opportunities for participation in economic, social and political decisions; assisting in developing people’s capacities; and enhancing government responsiveness, transparency and accountability.”[1] 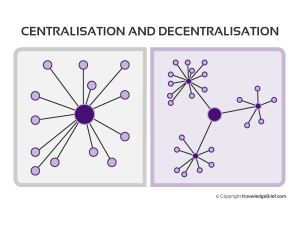 How to get accountability?

Tunisians today have the opportunity to create new tools for accountability and design more effective and innovative ways for citizens to participate. Indeed, our new Constitution specifically emphasises citizen participation when talking about local government – article 139 states “Local authorities shall adopt the mechanisms of participatory democracy and the principles of open governance to ensure broader participation by citizens and civil society in the preparation of development programmes and land management and monitoring of their implementation, in accordance with the law.” So local government have the obligation to enable citizens and civil society to participate not only at the phase of preparation of local programmes, but also in monitoring their implementation.

The first step to accountability is to improve communication and sharing of information between municipalities and the citizen. Without communication and information, we cannot move forward towards citizen participation and accountability of local government because citizens simply won’t know what their local government is doing and how they can participate.

Citizen participation in making local government accountable has to be based on information – which means citizens must have access to information. Following the revolution, laws have been introduced giving the public access to administrative documents of public bodies (Decrees 41 and 54 of 2011). Municipalities, like other public bodies, are now required to provide information to citizens, relating to their structure, organisation and policies, important decisions that concern the public, lists of staff and their functions, results of public tenders, economic and social statistics, all data relating to public finances including macro-economic indicators, public debt, public assets, medium-term expenditure, and budgets.

I conducted a number of interviews with municipalities and civil society representatives working in the field of access to information to understand what effect these new laws are having on accountability of local government and on citizen participation. I summarise my findings below:

Having said this, interior regions tended to have fewer resources and staff, which can affect how much and how quickly they can respond to requests for access to information.

My interviews indicated that while some innovative NGOs are leading the way in pushing municipalities to give more access to information, the public and ordinary citizens themselves are not directly involved in this process. The process of accessing information requires resources (time, effort) and expertise that many citizens might not have. Furthermore, when municipalities do release information (e.g. budgets, staff lists), is the ordinary citizen interested in this information and how can they use it to make local government accountable? And does the mere release of this information increase citizen participation? These questions suggest that to get from access to information to accountability and citizen participation requires a few more jumps. This is what we will explore in our next article, “From Information to Accountability”…

[2] Agrawal, Arun, and Jesse Ribot. 1999. Accountability in Decentralization: A Framework with South Asian and West African Cases. The Journal of Developing Areas 33:473-502.