100 days into the mandate of the new Tunisian government, and it seems the key word of the day is “challenges”. 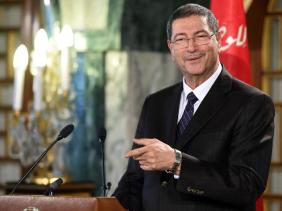 On television and radio shows and discussions, we hear of the economic, social, political, security and regional challenges facing the government and the country.

Prime Minister Habib Essid held a press conference last week to report on his government’s progress. However, it seems the written report he had promised outlining the government’s 100 first days in office will be postponed until mid-June, in light of the instability the country is facing.

The continuing instability has brought numerous analyses in the press of the “crisis of the Tunisian state” and the uphill struggle faced by the government in generating growth and productivity in light of security threats and social tensions. Strikes and sit-ins have become a routine part of daily life and continue to test the political establishment’s ability and will to undertake reforms.

Several commentaries and analyses have called for a deeper, more comprehensive rethinking of the components of Tunisian politics, in order to propose new solutions and create real alternatives. However, it is accepted that the new government has managed some achievements, including in stabilising the security situation and proposing a number of laws to improve the economic situation.

Protests in Mine Basin

Protests have continued in the mining region of Gafsa this week, where the majority state-owned Gafsa Phosphate Company’s operations have been shut down for over a month due to strikes and road blocs. Protesters are demanding jobs and better public services. The region has seen nearly constant unrest in recent years. The last wave of protests was unleashed by a round of job openings at the phosphate company, in which 30,000 people applied for just 2,700 jobs.

Gafsa Phosphate Company, together with the Gafsa Chemical Group, directly or indirectly employs around 27,000 people. Since the revolution, strikes and blockades have nearly crippled production, leading to a loss of three billion Tunisian dinars (nearly $2 billion) in revenue, according to the government. The Tunisian National Railway Company (SNCFT) is also reportedly losing 200,000 dinars (over $104,500) daily due to suspension of the transport of phosphate and chemical fertilisers from Gafsa to processing plants and ports.

The UGTT’s National Council on Mines this week announced its demands for the government to fulfill its commitments to the protesters, including implementation of agreements signed between 1998 and 2000 on recruitment of new workers.

Members of the Assembly representing the mine basin region have put forward proposals to end the crisis, including recruitment of 2500 new workers from the region, launch of economic investment projects and a regional investment bank in Gafsa, and improvements to health services and local infrastructure.

A Ministerial Council meeting on Friday is due to address the issue and will include representatives of trade unions, UTICA and members of the Assembly to find a solution to the crisis. 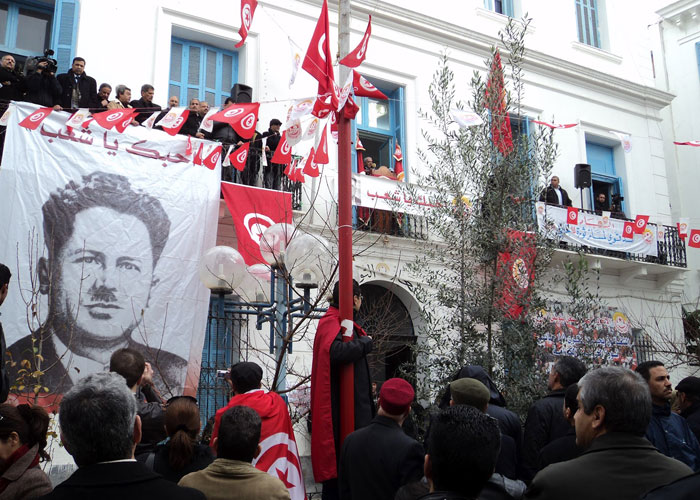 wages of civil servants by approximately 25 USD a month, and of public institution workers by 38 USD per month. The increases will apply to 800,000 public employees. President Essebsi explained that “despite the caution of experts and economists concerning the repercussions of wage increases on the budget deficit, the government accepted to proceed to wage increases to enhance social cohesion which remains a need as well as security solutions in the fight against terrorism.”

Council, and the amendments proposed by the Legislative Committee of the Assembly for the Peoples’ Representatives. The law sets out the composition and powers of the new Supreme Judicial Council.

The Assembly is currently voting on the draft law. The 31 articles adopted up until the end of Wednesday included articles on conditions for membership of the Supreme Judicial Council.

The dispute relates largely to the composition of the Supreme Judicial Council and the relationship between the Council and the executive branch. Member of the Executive Bureau of the Association of Tunisian Judges, Sami Ben Howaidy, accused members of the Assembly’s General Legislative Committee of forcing through “a bill that seeks to undermine the independence of the council and limit its powers, making it a docile tool in the hands of the executive power.” The Assembly, on the other hand, insists some executive oversight is needed, and that an Assembly Committee must be formed to receive the Supreme Judicial Council’s annual reports and follow its work.

The government has been working on a proposal to launch a reconciliation plan with business owners inside and outside Tunisia who have been subject to restrictions since the Revolution due to their connections with the former Ben Ali regime. The plan is said to include over 100 businessmen, who have pledged to concede ownership of some of their financial interests in overseas banks to the Tunisian state in exchange for the lifting of financial and travel restrictions.

After months of discussion and internal crises, Nidaa Tounes has reached agreement in the ongoing struggle over internal reform and future leadership of the party. The parliamentary and presidential elections and the subsequent move of many of its top ranks to the government and presidency unleashed a scramble to fill the vacancies at the top of the party.

The recent announcements saw Mohammed Naceur (President of the Assembly) named as Party Leader, Mohsen Marzouk as Secretary General, and Hafez Essebsi, Faouzi Elloumi and Taieb Baccouche as Deputy Leaders. Marzouk is a prominent leftist figure in the party, who is seen to have the potential to bring together the Destourien and leftist wings of the party.

13 nongovernmental organisations have issued a joint statement calling for amending or dropping the Repression of Attacks against Armed Forces bill currently being reviewed by the Assembly. The organisations, which include Human Rights Watch, Carter Center and the Euro Mediterranean Human Rights Network, criticise the bill for being inconsistent with international human rights standards and the rights guaranteed in the Tunisian Constitution and argue it “could criminalize the conduct of journalists, whistleblowers, human rights defenders, and others who criticize the police, and would allow security forces to use deadly force when it is not strictly necessary to protect lives.”

The bill seeks to introduce an offence of divulging or publishing a “national security secret”, punishable by up to 10 years in prison and a 50,000 dinar fine (US$25,522). It defines national security secrets as “any information, data and documents related to the national security […] and which should only be known to whomever has the authority to use, possess, conserve or circulate such secrets.” It also makes it a criminal offence to intentionally “denigrating” the armed forces with the objective of “harming public order”, punishable by up to two years in prison and a fine of up to 10,000 dinars ($5,109).

Global Forum on Modern Direct Democracy kicks off in Tunis

The 5th World Conference on Active Citizenship and Participatory Democracyy is taking place in Tunis this week, with four days of plenaries and workshops. More than 400 people from as far away as India, South Korea, Canada, and the US California are participating to discuss the themes of democracy, decentralisation and participation.

A member of the US House of Representatives Erik Paulsen (R-MN) introduced a draft resolution to the House calling on the US to “initiate preparatory work to begin negotiations to enter into a free trade agreement with Tunisia.” The draft resolution notes the progress Tunisia has made and the democratic model it represents in its region. The resolution also mentions that Tunisia is an “important market for United States grain, seeds, and cereal exports,” as well as “an important source of oil, fats and food oils, and textiles for the United States” and that “engagement with Tunisia in preparation for trade negotiations would encourage greater reform, including the protection of intellectual property, and build its capacity to modernize and liberalize its economy, as well as provide maximum leverage to facilitate the implementation of strong labor, environmental, and human rights protections.” The House Committee on Ways and Means is currently reviewing the resolution. The United States is Tunisia’s third largest trading partner, with 850 million USD in exports and 521 million USD in imports.

Wilson Centre Fellow, Richard Cincotta, offers a fresh approach to analysing Tunisia’s democratic chances – political demography. This theory uses a country’s population age structure to predict trends and outcomes in democratisation. According to this body of research, “as median age increases – as it has in most parts of the world over the last century – so does the likelihood of being assessed as free”. From this perspective, far from being an anomaly, Tunisia was the most likely of its neighbours to transit to democracy given it has the highest median age among them.

In “Why Tunisians (don’t) vote for women”, Lindsay J. Benstead, Amaney A. Jamal and Ellen Lust explore the perennial issue ofwomen’s under-representation in political leadership. They use role congruity theory to explore the way in which people “hold established notions of a “good leader” that are often at odds with these stereotyped traits of women”. Through a survey experiment of 1,202 Tunisians in which they presented respondents with photographs of potential candidates (male and female, apparently religious or non-religious) and asked how likely they would be to vote for them, they demonstrate the existence of electoral bias against female and religious candidates. In general, respondents were more likely to say that they would vote for an apparently secular male, while people who saw women and leadership and/or religion and leadership as more congruent were less likely to hold biases against the other three candidates.

The Washington Post’s Jackson Diehl discusses a “democratic road map” for Tunisia with Mohsen Marzouk, ahead of President Essebsi’s visit to Washington next week, and argues why Tunisia’s progress should be a strategic priority for the US.

Reuters’ Tarek Amara visits Metlaoui, a Tunisian mining town at the centre of recent protests and brimming with economic tensions.

Sasha Toperich, Senior Fellow at the Center for Transatlantic Relations, Johns Hopkins School of Advanced International Studies, examines Tunisia’s options for emerging from its economic difficulties. She argues for an EU integration scheme for Tunisia similar to the “European Economic Area” that would help provide political and economic incentives for reform for business and political leaders.