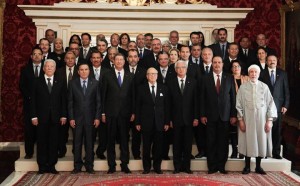 Tunisia finally has a new government! On 5th February, some 102 days after the legislative elections took place, the Assembly of People’s Representatives voted to give confidence to a new government by 166 out of 204 deputies present, with 30 voting against, and eight abstentions. The new government is headed by an independent figure and composed of four parties – Nidaa Tounes, Afek Tounes, UPL and Ennahdha. Is it a national unity government, a unity government or a coalition government? No one knows, but the pressing challenges don’t leave the new government much time to figure that one out – each minister is expected to deliver his or her work plan within 10 days, identifying 5 priority issues to take action on – that’s a total of 120 actions over 24 ministries. The Prime Minister has also committed the new government to visiting every region of Tunisia in the next 100 days and presenting the results of its work to the Assembly in 100 days. Little time for teambuilding sessions then.. The new cabinet was sworn in on Friday 7th February.

A selection of international commentary on the new government and its composition:

Monica Marks’ piece in the Washington Post examines the journey from Essid’s first proposed government to Essid 2.0 and the importance of inclusivity in Tunisia’s transition.

The Atlantic Council’s Karim Mezran And Lara Talverdian analyse the process of government formation in Tunisia and how it reveals the ingredients that have made Tunisia’s transition the ‘Arab Spring’s “best hope” for success’: balance of powers, commitment to a process and respect for formal and informal systems of checks and balances, which have all led to political inclusiveness.

Essid’s speech to the Assembly:

The most anticipated speech of the year must surely be Habib Essid’s announcement of his proposed government, after weeks of twists and turns in negotiations. Essid’s speech outlined the new government’s programme, focusing on economic, social, security and justice matters. Among the priorities he set out are: 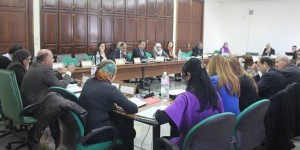 After weeks of debate, the new Assembly has passed its Internal Procedures Law setting out the principles and procedures for its work. The Law requires the Assembly to display “transparency, accountability, integrity and efficiency” in its work, and gives it administrative and financial autonomy.

The Law specifies the Assembly’s powers to establish permanent, special and investigatory committees. It sets out the Assembly’s powers to hold the government, President of the Republic and constitutional commissions accountable. The section on the powers of the opposition caused some disagreement in relation to the definition of “opposition” – the final definition of opposition is any parliamentary bloc or independent deputy not participating in government and not granting, by a majority of its members, confidence to the government. The opposition has special powers to hold the following positions – Rapporteur on the Rights and Freedoms Committee and Foreign Relations Committee, President of the Finance, Planning and Development Committee – and to hold one parliamentary investigation per year.

A resume of the Internal Procedures Law is available here.

Clashes in Tataouine and Ben Guerdane over Border Tax

The regional General Labor Union, the Regional Union of Industry, Commerce and Handicrafts, and the Union of Agriculture and Fisheries have announced a general strike in Dhiba, in the Tataouine region. Clashes initially broke out when police used tear gas and live bullets against protesters protesting the seizure of smuggled fuel and demanding the cancellation of a 30 Dinar tax for foreigners leaving the country. Local residents claim the tax has provoked Libyan authorities to issue a similar measure, which has affected their trade with Libya. Many residents in the region live off trade with Libya, including smuggled fuel and food products.

The use of live ammunition by police resulted in the killing of 21 year-old Saber Milian. A number of parties and associations have called for an immediate investigation, including the Tunisian Observatory for Judicial Independence, Ennahdha Party, Democratic Current and the People’s Movement. The government spokesman Ahmed Zarouk announced that the government will open an investigation into the events.

Truth and Dignity Commission to Hold Session with President 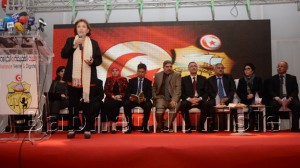 The Truth and Dignity Commission has announced that it will meet with the President, Beji Caid Essebsi, on 11th February, to discuss access to the Presidential archives. The archives have been the subject of dispute, with the Commission being barred from accessing the archives in December by members of the Presidential security officers’ union (see our January blog for further details).

Freedom of Expression Under Threat in Tunisia?

Today sees the trial of journalist Hana Madfai in Kef for defamation. Madfai, who works at the regional radio station in Kef, presented a recent programme examining sexual harassment of pupils in the region’s schools. The regional Representative for Child Protection brought a complaint against Madfai, claiming the programme insults and defames her. The National Union of Tunisian Journalists has so far not issued a statement.

The trial comes in the wake of a number of prosecutions against bloggers in Tunisia, including Yassine Ayari, and the film producer Ines Ben Othman, who have both been sentenced to imprisonment, and the recent arrest of comedian Migalo by plainclothes police officers without any reason given.

In a recent feature, Tunisia Live asked prominent Tunisian experts and activists whether domestic laws are threatening freedom of expression. Their responses reveal serious concerns about encroachment on freedom of expression, police impunity and the broad powers of military courts to try civilians. A recent poll by Emrhod revealed that 43 percent of Tunisians believe that freedom of expression is being threatened.

Eric Reidy also tackles this question on Aljazeera, examining how recent trials have highlighted “a wide pattern of police abuse and prosecutions” and the need for urgent legal reform in Tunisia.

Families of young Tunisians fighting with IS appeal to new president 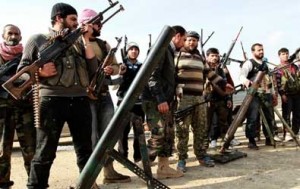 The Middle East Eye talks to the relatives of Tunisians who have gone to fight in Syria, including Mohamed Ikbal Ben Rejeb, founder of the Rescue Association of Tunisians Trapped Abroad (RATTA), which assists families of young fighters with legal advice and media coordination, and rehabilitates and reintegrates youth who return to Tunisia. The organisation provides intensive counseling for youth to challenge violent ideology they have absorbed. Relatives of young Tunisians held in Syrian prisons presented a petition to the President to re-establish diplomatic relations with the Syrian government and negotiate the release of their relatives. 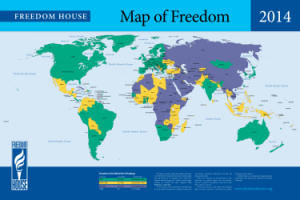 The international NGO, Freedom House, has upgraded the rating of Tunisia from “partially free” to “free” in its annual Freedom in the World report, released on 28th January. Tunisia is the first Arab country to be rated “free” since the outbreak of the Lebanese Civil War in 1975.

Tunisia received top marks on indices related to the electoral process and political participation, and the highest score for political rights. However, it received only 3 out of 7 for civil liberties, due to persistent challenges relating to corruption and the rule of law. 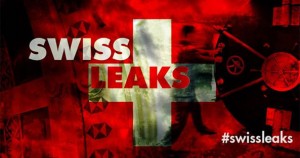 Swiss Leaks has revealed that 256 Tunisians and Tunisian companies have a total of 679 secret accounts in Switzerland, totaling $US554 million, according to The International Consortium of Investigative Journalists. The clients include Belhassen Trabelsi, with an account valued at $US22,083,648 and five Tunisians close to the old regime whose property is subject to a freezing order by Swiss authorities, including Zohra Jilani, Trabelsi’s wife, and her father Hédi Jilani, former President of UTICA.

The list also contains a number of Tunisian businessmen, including Tarek Bouchamaoui, the brother of UTICA President Wided Bouchamaoui, whose account contains $US48,862,484 and who is listed as being domiciled in Egypt.

The revelations came as part of a leaked cache of documents that purport to show that HSBC’s Swiss banking arm helped more than 100,000 customers evade taxes on accounts amounting to $US119 billion. 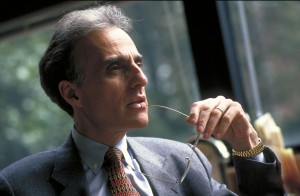 In an opinion piece for the Middle East Eye, “Generalising about the Arab Spring is Playing with Fire”, prominent US academic John Esposito warns against ahistorical portrayals of the Arab uprisings that “fail to capture the political transformations afoot – and worse, perpetuate a false need for security and stability when institutional reform is the solution”. On Tunisia, he notes that the new Constitution presents “a model of reconciliation” in relation to the role of religion in public life, a system of government “designed to prevent parliaments from arbitrarily, unfairly or inequitably curbing citizens’ rights” and the region’s first gender-sensitive language.

Esposito compares Tunisia’s experience with Egypt’s and rather than generalizing, he concludes that their different trajectories “demonstrate the need for more complex and nuanced analysis of political transformation in the Arab world” and “underscore the importance of analysing individual countries within their contexts rather than utilising a few ahistorical, extreme scenarios that paint the Arab world as an enclave of authoritarianism and chaos”. Finally, he draws some lessons for US involvement in the region, arguing that “The real power of the US and Europe lay in their ability to not simply construct a new narrative that emphasises self-determination, government accountability, rule of law and human rights upon which political actions and policies are based, but to also act on that narrative.”

In an opinion piece for the Washington Post, Sharan Grewal analyses the factors behind the contrasting paths taken by the Tunisian and Egyptian transitions since the 2011 uprisings that inspired democratic hopes in both countries. He argues that, contrary to public perception, in 2013 Tunisia also suffered from ideological polarisation, disillusion with democracy, and calls for overthrowing the elected government. He identifies the responses of state institutions to these calls, particularly the responses of the military and judiciary, as the deciding factor in the two countries’ trajectories, concluding that ‘“the Tunisian “success story,” then, is not that all sides wanted democracy, but rather that all sides had no choice but to settle for democracy.’ 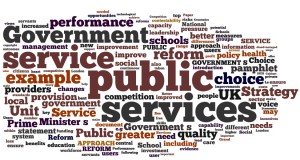 The Municipal Services Project, a scholarly and activist network based at Kingston University (Ontario, Canada), has released a book, Rethinking Corporatization and Public Services in the Global South (edited by David McDonald, Zed Books, 2014), providing in-depth research dealing with the issue of corporatization of public services. The chapter on Tunisia, An “Arab Spring” for corporatization? Tunisia’s national electricity company (STEG), Ali Bennasr and Eric Verdeil, examines the changing role of STEG after the revolution.