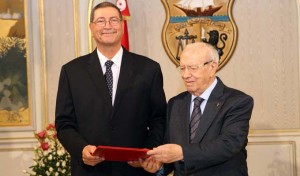 Al Maghreb newspaper reports that Nidaa Tounes is also in discussions with Afek Tounes, Al Moubadara and the UPL and is considering a proposal by Ennahdha to appoint “consensual” figures as Ministers of Justice and Interior, and that it is most likely that these figures will be from outside Nidaa Tounes. The latter has faced opposition within its ranks – its Executive Committee is unhappy with the nominated Prime Minister, Habib Essid, leading negotiations over the government and has demanded an equal say over ministerial appointments.

Meanwhile the debate over Nidaa and Ennahdha’s rapprochement continues – Faouzi Loumi, a leading Nidaa figure, stated in an interview with Chorouk newspaper that the election results for Nidaa and Nahdha were not that far apart, as if the people wanted to send a message to Nidaa, through the ballot box, not to exclude Ennahdha. The Popular Front, on the other hand, has accused Nidaa of bowing to domestic and international pressure to include Ennahdha in government and predicted that the latter’s participation would be via technical ministries such as Transport, Social Affairs and Health. 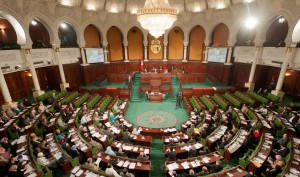 Today sees the Assembly of the Representatives of the People start discussing its internal Rules of Procedure. The 217 members of the Assembly will discuss the draft prepared by a special committee that began its work on 12 December. A French translation of the draft rules can be found on Marsad’s website.

Upcoming business for the Assembly includes the debate on the composition of the new government and the establishment of new structures within he assembly (Assembly Bureau and commissions). 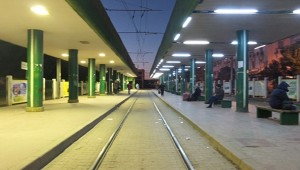 A wave of strikes by Tunis transport workers last week paralysed the capital, as residents struggled to find other means of transport. Individual taxis were overwhelmed by over 15 people begging to be given a ride, while some people were forced to walk for over three hours to reach their place of work. The strike was announced by a section of the national UGTT (General Union of Tunisian Workers), over demands for an end-of-year “bonus” that it said the government had promised transport workers in December 2014, amounting to 11 million dinars. The government, in turn, claimed that there is no money in Transtu’s budget for any bonuses in 2015 and that the company is already struggling with losses of 1480 million dinars. The Minister of Transport took the step on Wednesday of ordering a third of Transtu’s drivers back to work, to provide a minimal transport service for citizens. Sami Tahri, the UGTT’s official spokesperson, condemned the Minister’s action as “an escalation” and warned that it would lead to a “worsening of the situation and the extension of strikes to other sectors”.

The strikes raise question marks over the new government’s ability to make economic progress in light of the ongoing social and labour unrest. Tens of thousands of strikes have gripped Tunisia in the four years following the revolution, bringing production in various sectors such as phosphates to a grinding halt and closing key ports and roads. It will be critical for the new government to obtain a “social truce” from the UGTT and to reach an understanding that enables the stability needed for economic growth and job creation that Tunisians desperately need. However, even if the central UGTT committee is open to giving the new government some breathing space, many have questioned its ability to control its members and regional branches, which have increasingly challenged the central leadership with unilateral strike action like last week’s. 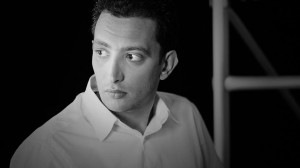 The Military Court of Tunis has sentenced Tunisian blogger Yassine Ayari to one-year imprisonment for undermining the morale of the armed forces and defaming senior military officials. As this blog has previously reported, Ayari is being prosecuted for statements made on Facebook in which he claims the Ministry of Defense failed to act on information it had of an imminent terrorist attack on troops.

Tuesday’s trial saw crowds of protesters outside the military court calling for Ayari’s release and denouncing what they see as a political witch-hunt against Ayari, an outspoken government critic. Ayari made a statement, declaring, “I am not being tried because I am a criminal but because I am a nuisance to all those who undermine the armed forces and their dignity, I am the son of the armed forces…I lived 27 years of my life moving between military barracks and compounds…And now I am being accused of undermining the armed forces?? All I did was to quote what Sahbi Jouini said about the Minister of Defense having information about a threat to our soldiers…and nobody moved a finger. So 15 of them were killed. Don’t you think those 15 soldiers have someone who cries for their loss?”

His defense lawyers withdrew after a dispute with the presiding military judges, in which the judges behaved as if in a “military barracks and not a court room” according to the lawyers. The military prosecutor is continuing to press for a higher sentence.

Human Rights Watch have condemned the trial and called on the Tunisian parliament to amend Article 91 of the Military Code, under which civilians can be tried in military courts. 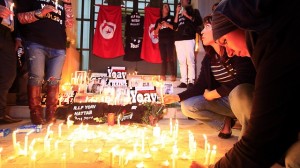 Tunisian Jews and Muslims came together last week to pay tribute to Yoav Hattab, a young Tunisian killed in the kosher supermarket attack in Paris. 200 people attended the memorial at the Grand Synagogue in Tunis, where Hattab regularly attended services. Hattab, the son of the chief rabbi of Tunis, was fondly remembered by members of the Jewish community. 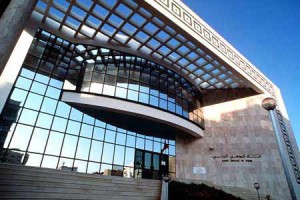 Tunisia’s Central Bank is about to issue the country’s first unassisted bond on international markets since the revolution. The government is seeking to raise $750m from investors as part of a wider strategy to access international capital markets funding. Moody’s assigned a provisional (P)Ba3 rating to the notes, praising the country’s “sizable and well-educated middle class and a relatively diversified economy as well as the country’s improving institutional capacity and political dynamics” while striking a note of caution regarding “persistent security concerns…potential social discontent associated with high unemployment…A fragile government balance sheet…with government debt exceeding 50% of GDP…projected to rise due to persistent – albeit decreasing – fiscal deficits, and among other things the need to recapitalize the banking sector and increases in social and capital spending budgeted for 2015.”

The government has also been working on a 1bn dinar ($580m) sukuk (Islamic bonds) supported by the Islamic Development Bank. The sukuk are expected to be issued in the third quarter of this year. 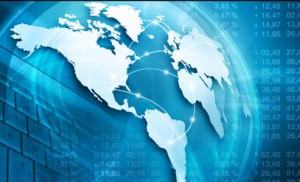 The World Bank has released a new report on Tunisia’s education system. Labor Policy to Promote Good Jobs in Tunisia, released on 9 January, tells us many things we already know about the structural deficiencies of the Tunisian labour market, including inflexible labour laws, few skilled jobs, low productivity and mismatch between the education system and labour market needs. The report’s research found that it takes an average of six years for a university graduate to find a stable job and three years after completion most graduates who do find jobs tend to be under-employed.

The report does provide some interesting findings including that Tunisian graduates have not been adequately exploiting opportunities for jobs abroad. According to the World Bank, Tunisia is meeting less than 30% of its negotiated quotas for working visas in countries like France.

Dr Arvo Kuddo, a senior labour economist at the World Bank, argues that “this failure results from lack of quality higher education and proper training that would prepare potential migrants to succeed abroad”.

Sandro Lutyens provides a fascinating and rare insight into the psychology and personal experiences of a Tunisian salafi, following the trajectory of Amine, a 29-year old Tunisian who goes from staunch salafi in 2006 to atheist in 2014. Little in-depth analysis is written about the salafi phenomenon in Tunisia in national media – this short piece provides a glimpse of the personal motivations and process of socialization that bring young Tunisians into the salafi trend.

Roula Khalaf and Lionel Barber of the Financial Times analyse the prospects for a unity government in Tunisia and the economic and social challenges including government debt, smuggling, regional inequalities and terrorism.

Rached Ghannouchi has written an op-ed in the Wall Street Journal’s European paper calling for more support for Tunisia’s transition and warning of the threat posed by terrorism, which “threatens to overwhelm young, emerging democracies that are still working to establish new institutions and practices, and to return them to the security excesses that contributed to human-rights abuses in a previous era.”