Jasmine Foundation organized a training workshop for a number of entrepreneurs from Ariana, Kairouan and Medenine on the techniques of advocacy. The training took place at the Mechtel Hotel in Tunis on the 8th the 9th May . This activity is organised as part of the project Ryada “Preparing Entrepreneurs to Lead” which marks the
Read More 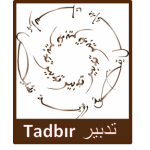 In partnership with POMED Project Overview In 2016 Jasmine Foundation launched its new project “Tadbir” in partnership with POMED. Tadbir, which is the Arabic word for “Administration”, is a real research lab that works on the analysis and evaluation of the public policies to better understand and respond social changes in Tunisia. Tadbir is mainly
Read More

In partnership with The National Endowment for Democracy Project context: In the democratic countries, the civil society contributes to the decision-making process along with government agencies, research centers and expert committees, which allow to focus on the urgent issues experienced by the citizens that may be overlooked by the decision makers because of electoral priorities
Read More

Written by Fares Ben Terzi Executive Summary One of the most important elements of democracy is political participation, especially that of youth. The involvement of young people in the political process is of great importance, as demonstrated by the deep political developments in Tunisia after the revolution to which the youth have contributed a great
Read More

How to Make Local Government in Tunisia more Accountable Participatory Democracy and Open Governance in the new Tunisian Constitution Intissar Kherigi, Jasmine Foundation    Article 139: “Local authorities shall adopt the mechanisms of participatory democracy and the principles of open governance to ensure broader participation by citizens and civil society in the preparation of development
Read More