Just over two years after its creation, the Truth and Dignity Commission (IVD) is organizing today the first public hearings of victims of the former regime this week. Neither more nor less than a “historic moment” for the commission chairwoman, Sihem Ben Sedrine. A historical moment More speaking than the figures presented in the commission
Read More

Tunisian coalition party fights for women’s rights with gender violence bill After 14 years of sexual harassment at work, Idihar Chaieb finally got her day in court. The widow had been repeatedly propositioned and groped by her boss, who was also a local official in her home town of Menzel Bouzelfa, an hour’s drive
Read More

[divider] Domestic Developments [divider] Ambush kills four Tunisian soldiers An ambush on a military checkpoint near the town of Sbeitla in the Kasserine region has killed four soldiers and injured six. State news agency TAP said around 30-35 militants were involved in the attack. Kasserine lies near the Algerian border at the foot of the
Read More

New Government Formed Tunisia finally has a new government! On 5th February, some 102 days after the legislative elections took place, the Assembly of People’s Representatives voted to give confidence to a new government by 166 out of 204 deputies present, with 30 voting against, and eight abstentions. The new government is headed by an
Read More

Finances Top the Headlines Finances have been occupying the headlines in Tunisia this week, with the passing of the 2015 budget and debates over an increase in public-sector salaries and impending slashes in subsidies. The new Assembly of the People’s Representatives managed to pass the 2015 state budget in the early hours of 11 December
Read More

The concept of transitions has been central to discussions of democratization for more than three decades now. “Transi- tion” has been the primary term used to describe the political changes that typified what Samuel P. Huntington labeled the “third wave” of democratization—the birth of new democracies in well over fifty countries that has made democracy
Read More 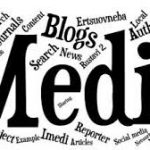 Jasmine Foundation spoke to Badreddine Abdelkefi, member of the National Constituent Assembly in charge of Relations with Civil Society, to discuss the role of Civil Society in drafting the Tunisian constitution and the novel mechanisms established for the inclusion of Civil Society in the process of drafting from the start of its work in late
Read More

The National Constituent Assembly opened nominations on 28 January for membership of Tunisia’s new Truth and Dignity Commission, established under the Transitional Justice Law adopted in December 2013. Nominations will be open between 28 January and 11 February 2014. Conditions for nomination include possession of Tunisian nationality, competence, independence and neutrality. Candidates may not have
Read More